IBM has more than sixty certified coaches among its ranks. Scores of other major companies have made coaching a core part of executive development. The belief is that, under the right circumstances, one-on-one interaction with an objective third party can provide a focus that other forms of organizational support simply cannot. And whereas coaching was once viewed by many as a tool to help correct under-performance, today it is becoming much more widely used in supporting top producers. In fact, in a 2004 survey by Right Management Consultants (Philadelphia), 86 percent of companies said they used coaching to sharpen the skills of individuals who have been identified as future organizational leaders. “Coaching has evolved into the mainstream fast,” says Michael Goldberg, president of Building Blocks Consulting (Manalapan, New Jersey), whose clients include New York Life and MetLife. “This is because there is a great demand in the workplace for immediate results, and coaching can help provide that.” How? By providing feedback and guidance in real time, says Brian 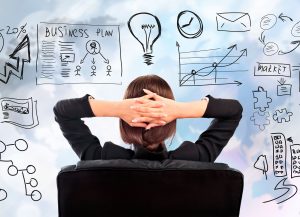 Underhill, a senior consultant at the Alliance for Strategic Leadership (Morgan Hill, California). “Coaching develops leaders in the context of their current jobs, without removing them from their day-to-day responsibilities.” At an even more basic level, many executives simply benefit from receiving any feedback at all. “As individuals advance to the executive level, development feedback becomes increasingly important, more infrequent, and more unreliable,” notes Anna Maravelas, a St. Paul, Minnesota-based executive coach and founder of TheraRising. As a result, she says, “Many executives plateau in critical interpersonal and leadership skills.” So, should you have a coach? And which managers in your sphere of responsibility might benefit from working with an outsider to help sharpen skills and overcome hurdles to better performance? The right approach to answering these questions still varies a great deal depending on whom you ask, but input from several dozen coaches, and executives who have undergone coaching, does provide a useful framework for how to think about the role of coaching.

Although both the organization and the executive must be committed to coaching for it to be successful, the idea to engage a coach can originate from either HR or leadership development professionals or from executives themselves. In the past, it has more often sprung from the organizational side. But given the growing track record of coaching as a tool for fast movers, “We see more executives choosing coaching as a proactive component of their professional life,” says Cheryl Leitschuh, a leadership development consultant with RSM McGladrey (Bloomington, Minnesota). Executive coaching is not an end in itself. In spite of its apparently robust potential; the very act of taking on a coach will not help advance your career. In other words, don’t seek coaching just because other fast movers in the firm seem to be benefiting from it. Coaching is effective for executives who can say, “I want to get over there, but I’m not sure how to do it,” says James Hunt, an associate professor of management at Babson College and coauthor of The Coaching Manager (Sage Publications, 2002). “Coaching works best when you know what you want to get done.” Perhaps, in spite of your outstanding track record, you haven’t yet gained the full interpersonal dexterity required of senior managers—for example, you’re not yet a black belt in the art of influence, which is so important in the modern networked organization. Honing such a skill might be an appropriate goal for a coaching assignment. But simply having a clear purpose won’t guarantee coaching value, says Michael Goldberg. “You have to be open to feedback and willing to create positive change. If not, coaching may not be the answer.” There are certain times when executives are most likely to benefit from coaching. Executives should seek coaching “when they feel that a change in behavior—either for themselves or their team members—can make a significant difference in the long-term success of the organization,” says Marshall Goldsmith, a high-profile executive coach and author of eighteen books, including The Leader of the Future (Jossey-Bass, 1996). More specifically, the experts say, coaching can be particularly effective in times of change for an executive. That includes promotions, stretch assignments, and other new challenges. While you may be confident in your abilities to take on new tasks, you may feel that an independent sounding board would be beneficial in helping you achieve a new level of performance, especially if close confidants are now reporting to you. More so, you may recognize that succeeding in a new role requires skills that you have not needed to rely on in the past; a coach may help sharpen those skills, particularly when you need to do so on the fly. But coaching is not just for tackling new assignments. It can also play an invigorating role. Coaches can help executives “develop new ways to attack old problems,” says Vicky Gordon, CEO of the Gordon Group coaching practice in Chicago. “When efforts to change yourself, your team, or your company have failed—you are frustrated or burned out—a coach can be the outside expert to help you get to the root cause and make fundamental changes.” One increasingly common use of coaching for senior executives focuses on the challenges of managing younger workers, and on helping executives better understand and lead a new generation of employees whose work ethics and values are different, says Stephen Fairley, president of Chicago-based Today’s Leadership Coaching and coauthor of Getting Started in Personal and Executive Coaching (Wiley, 2003).

Coaching engagements should be part of a larger initiative

“Coaching works when it’s systematic,” says Babson’s Hunt, and many organizations use coaching as an integrated part of a larger leadership development program. Increasingly, firms incorporate “360-degree” feedback, using the results to indicate areas in which an executive might benefit from working with a coach. Has your feedback revealed an area in which you would like to improve? Is it a skill you need to refine in order to advance through the organization? Would you benefit from an outside perspective? The answers to these questions help gauge the potential value of coaching.

“One of the big benefits of a coach is that they aren’t tied to the organization, your friends, or anyone else,” says Washington, D.C.-based executive coach Linda Finkle. “They are tied to you only, so they support what you want and where you want to go. Even our families, who want the best for us, can’t be unbiased or totally objective. What you do or do not do impacts them, whether it’s positive or negative. A coach is not impacted by your decisions, your wins or loses, or anything else.” As Finkle notes, this doesn’t mean that company goals aren’t supported by coaching—indeed, the coach was most likely hired by the company to support the executive’s efforts to achieve those goals. Even so, the role of the coach is not to represent specific company needs or interests. “The perspectives they provide, the alternatives discussed, and everything else has no agenda except to support the coachee,” she says. For better or worse, many executives can’t find this type of conversation partner — what Harvard Business School professor Thomas DeLong calls a “truth speaker”— elsewhere in their companies.

Are There Organizational Risks to Coaching? by Paul Michelman

Ideally coaching is a three-way partnership between the executive, the coach, and the organization, in which all involved agree on specific goals and parameters. Even so, no one can really control coaching’s outcomes. So should companies worry that the coaching experience will reveal to valued executives a motivation that leads them astray from the intended organization path—or away from the firm altogether? Here’s one way to look at it. If an experience—through coaching or anything else—reveals an interest that leads an executive away from the firm, everyone stands to gain. The executive finds a better fit and, ideally, a space in the firm becomes available to someone who is motivated by the challenges at hand. It’s much the same thinking that companies have gone through regarding leadership-development programs at large. The occasional departure of a manager in whom the firm has invested a great deal is offset many times over by the increased value of those who remain.